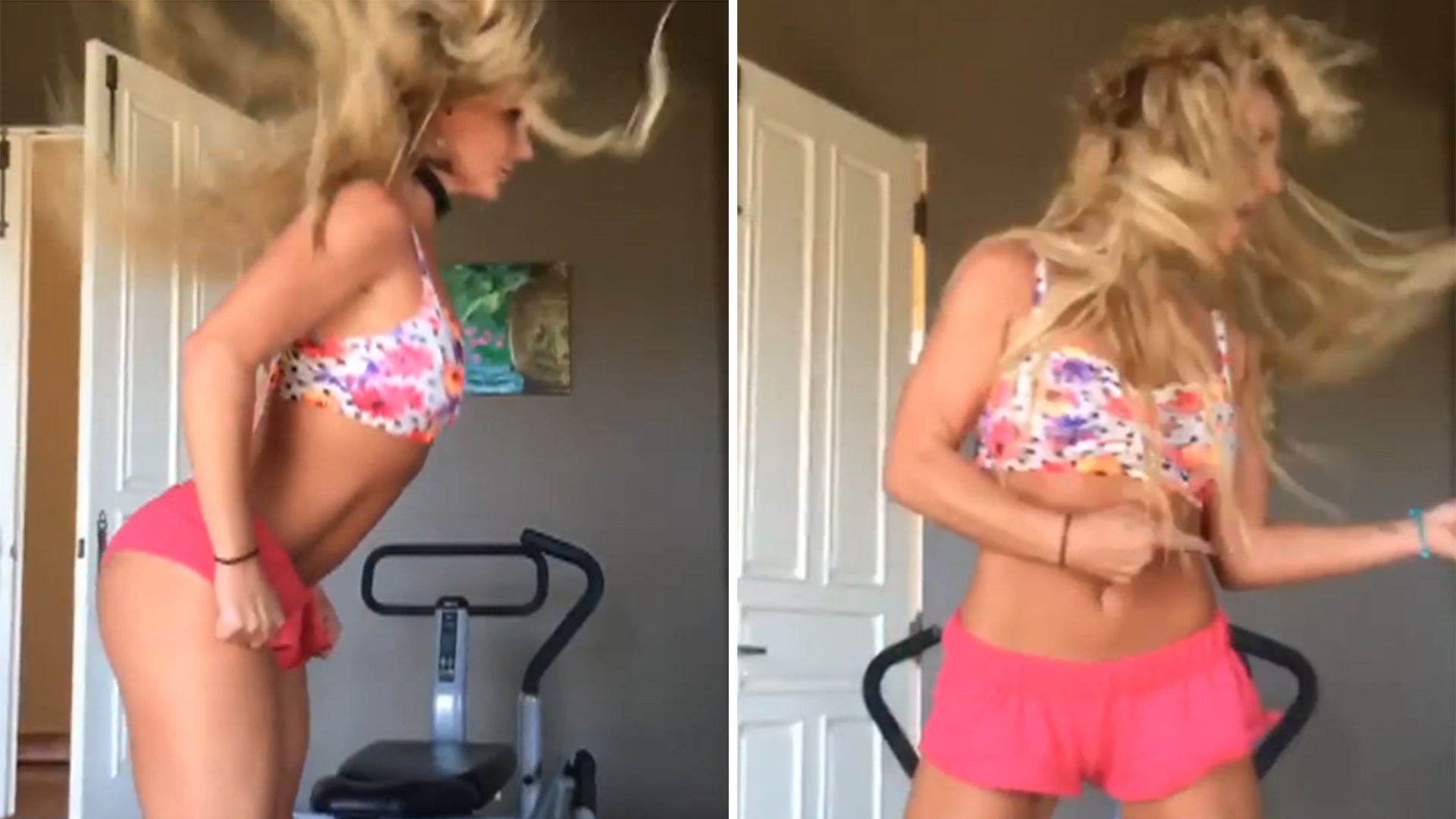 One of the best way to tackle boredom during this quarantine period for most people in different parts of the world is to find something creative to spend time on, which necessarily does not involve the input of other people but still would be entertaining… and that’s what Britney Spears opted for as she spends her time indoors with suggestive activities to entertain her fans.

In March 26, she claim to set a world record of 5 seconds 100-meter dash but she quickly removed the post when her instagram followers started raising eyebrows. Then she decided to do solo fashion show by modeling some of her wardrobe pieces that she hadn’t wore in a while.

On Thursday, the singer shared a video clip that showed her trying on a variety of brightly colored dresses and outfits. “Okay I guess I’m bored …. in my home for two weeks of quarantine and I’m modeling dresses I never knew I had ?????? !!!!” she captioned the post. “I tried to screen shot a picture but it didn’t work ?‍♀️?‍♀️?‍♀️ I realized I had my hair in a pony tail and no shoes ???,” she joked, adding, “anyhow I got this cute video !!!”

Suzy Menkes on her way out of Vogue International

And then on Thursday, “I was tired of being still so I got up to go dance in this orange dress ?? ,” she wrote in the fashion show post. “….. and do you know what I just learned today ??!? That orange symbolizes wealth, success, stimulation, happiness, fun, balance, sexuality, enjoyment, expression, heat, sunshine, and warmth ☀️☀️☀️☀️☀️??‍♀️ and that’s how I felt when I put it on !!!!!!” Finally, Brit acknowledged the running claim. “PS …. obviously I was joking about running the 100 meter dash in 5.97 seconds …. ,” she wrote. “The world record is held by Usain Bolt which is 9.58 seconds …. but you better believe I’m coming for the world record ? !!!!”