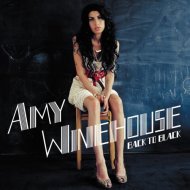 A dress worn by the late singer Amy Winehouse on the cover of her album “Back to Black” sold for £43,200 ($67,500, 50,500 euros) at auction in London on Tuesday, the auction house said.
The proceeds from the printed chiffon dress will go to the Amy Winehouse Foundation, a charitable trust set up by her family which supports activities for vulnerable young people.
Winehouse, 27, died at her home in July and an inquest heard she was five times the legal drink-drive limit.
After the singer’s death, Thailand-based designer Disaya decided to auction the dress, which was returned after the album cover was shot in 2006.
Fashion auctioneer Kerry Taylor said ahead of the sale: “In my opinion, what makes this particular dress so special is that it is an emblematic reminder of the magic voice and sublime talent of Amy Winehouse — a sound that resonates with an entire generation, and always will.”
At least 3.2 million copies of “Back to Black”, which features the hit single “Rehab”, have been sold.