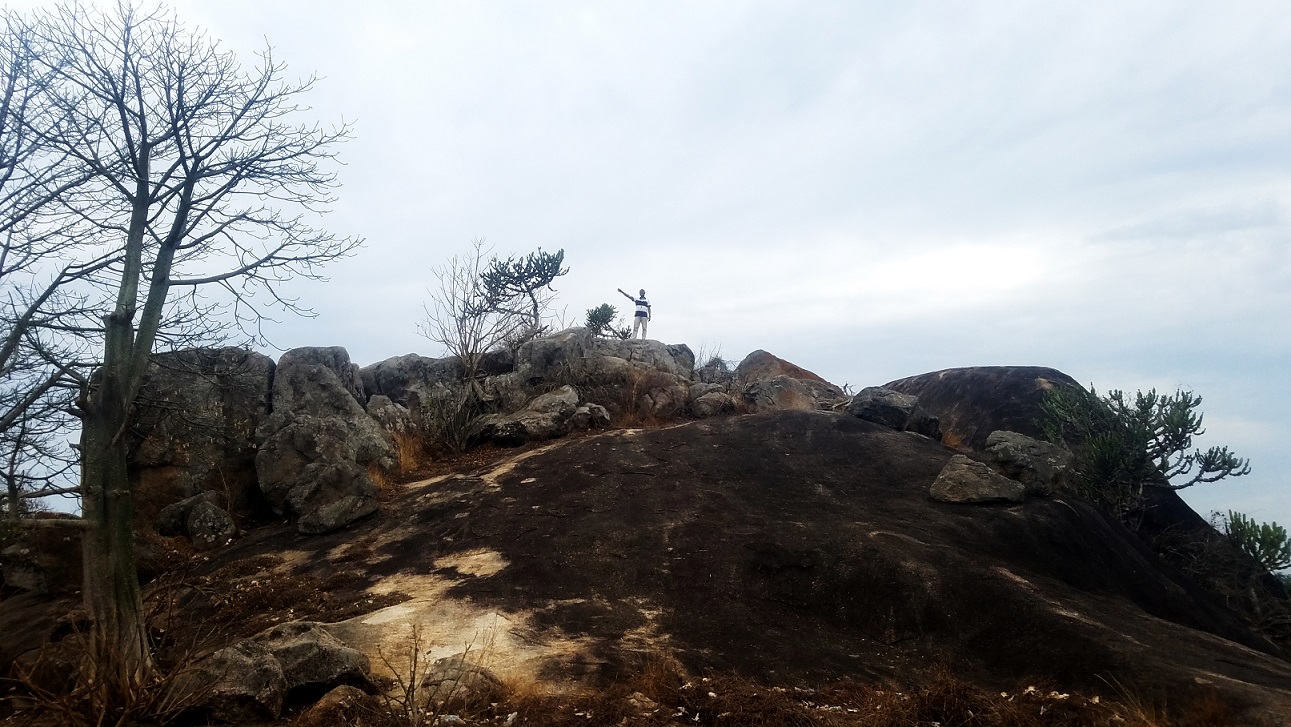 Ososo is one of the 15 clans in Akoko-Edo local government area of Edo state.

It is situated on a plateau-one of the highest points on the Somorika hills. The quiet town lies within the mountains of Edo north
but shares boundaries with Okene to the north, Okpella to the East,
Makeke to the west, Ojah to the South and Ogorri to the north-west. It is a boundary town between Edo and Kogi States. The
town is blessed with natural beauties and of course, a health restoring weather second to that of Jos.

Ososo is a town located in the Somorika hills, in the Akoko-Edo Local Government Area, in the north of Edo State, Nigeria. With an average altitude of 1236 feet above sea level, it has a very temperate climate similar to that of Jos, Plateau State. The highest peak is a very large monolith often called the Oruku rock. – Wikipedia

The tourist centre is an offshoot of a colonial rest house built in the 1930s. The first phase of a massive renovation programmed was commissioned in 1993 with a VIP lodge four chalets and a main lounge consisting of a kitchen, restaurant and bar. Ososo is a hilly and rocky town situated on the boundary between Edo and Kogi states. There is a non-catering rest house on top of a hill of Ososo which provides a wide and spectacular view of parts of Kogi state. The military administrator of Edo State Mohammed Abul-Salam Onuka (1993–1994) made some attempt to develop the tourist potential of Ososo. Some other governments have attempted to raise the status of the then rest house to Tourist Centre, but attempts have not yielded the expected results. However, the tourism potentials of Ososo received a boost recently as Nigerian Breweries PLC (makers of Gulder larger beer), relaunch their 2011 Gulder Ultimate Search Season 8, in Egbetua, Ososo. From the tourist centre, a rest house renovated by the Edo state government, there is a beautiful sight of rocks expanding all the way to Kogi state.

Pa J.B. Adurojaiye revealed that about two decades Ososo people settled temporarily at the place called “Unuame”(that is Waterside). Life there was uncertain and unsafe at Unuame owing to incessant death of children, torrential rainfall and destruction of their farms. This brought the need for them to leave Unuame, then they migrated to Idah in Igala, east of the River Niger.

Here, they were almost completely settled when the Idah war of 1515-1516 between the Binis and Idah people began and Ososo people were driven away. The search for settlement took them across the Niger and settled on the forested level ground of “Orugbe” .

Before then, they had discovered “Adikoriko” during wanderings and established a form of idol where sacrifices, consultation of Oracle and pouring libations were carried out. They were guided by the spirit of expeditions to their present settlement by a hunter called “Oshioso”.

The most senior of these group of hunters and peasant farmers was
called Eni who died shortly after settlement at the present site of Ani quarter while the hunter, Oshioso moved to the “Osuno” where he had much of games and served as a spy view on approaching enemies.

Oshioso which was the original name of the town was corrupted to Ososo by the British tongues.

Also Pa S.Omo Jegede’s records has it that Ososo was likely founded in 1681 after so many years of migration. There seemed to have been peace in Ososo until 1875 when the Yoruba came, pillaged and sacked the town. The people fled in disarray abandoning all they had and their houses burnt down by the vandals.

After about six months of absence, the people returned and rebuilt their houses. The people were again attacked after two years by the Nupes. The Nupes did not used much tactic before Ososo people humbly surrendered to them because they were tired of bloodshed. With their surrender, an accord was reached that the Ososo people must pay allegiance to the Nupes by providing them with twelve slaves yearly. Nupes collectors came annually to take away the slaves even though the number was later reduced to six and subsequently cash payment substitution stayed two to four years.

These collectors were called Azalomo and Idimawo respectively. It was Ekule who stayed for five years. The town supplied them with the necessities of life including concubines. Although young girls were never allowed to be their concubines except old women. In appreciation, the Azalomo used to present the head of the town with horses and cloths. This marked the establishment of the external relations of Ososo town with her environs.

After the exit of the Nupes on the advent of the British rules over the Niger areas during the first decade, Ososo people sent emissary to the District officer at Ikerram in the then Owo division, and the two subsequently merged with Kabba District. Under British rule, history revealed that until 1918 Ososo people were regarded as subjects of Attah of Idah and were required to attend court at Okene in Kogi state.

It was during this period that they were included in the then newly formed kukuruku division after subsequent re-organization and boundary re-construction.

The head quarters were first at Fugar and later at Auchi for Etsako, Igarra for Akoko-Edo and Afuze for Ivhiotsakon in 1920 until the division was divided into a number of districts under District Heads in 1945.

Based on my findings, I figured there are 3 hotels in the town;

Arts and Culture has remained a strong point of the state, being a home of culture. It is believed that Edo State is second to none in terms of culture.

Anytime you’re visiting Ososo for whatever reasons, don’t forget to take along a camera or a phone with a good camera, else you’ll wish you did.