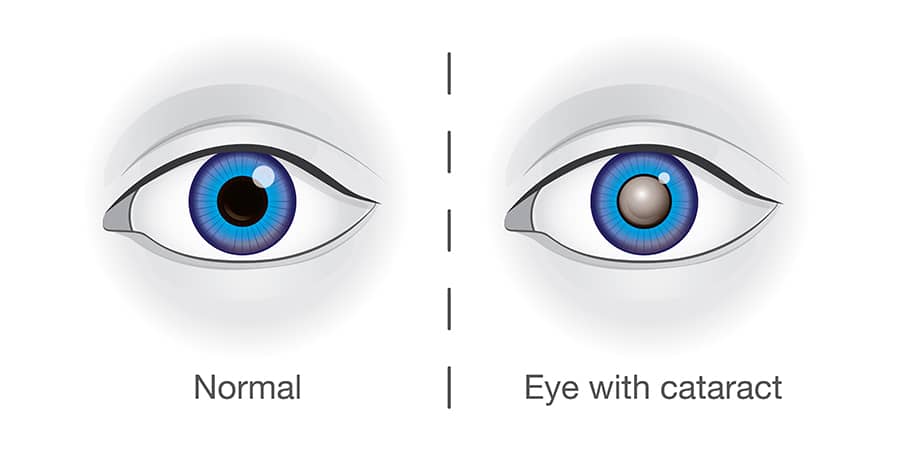 What is Eye Cataract

A cataract is a dense, cloudy area that forms in the lens of the eye. For people who have cataracts, seeing through cloudy lenses is a bit like looking through a frosty or fogged-up window. A cataract begins when proteins in the eye form clumps that prevent the lens from sending clear images to the retina. Clouded vision caused by cataracts can make it more difficult to read, drive a car (especially at night) or see the expression on a friend’s face. Most cataracts develop slowly and don’t disturb your eyesight early on. But with time, cataracts will eventually interfere with your vision. At first, stronger lighting and eyeglasses can help you deal with cataracts. But if impaired vision interferes with your usual activities, you might need cataract surgery. Fortunately, cataract surgery is generally a safe, effective procedure.

How a cataract forms

A cataract is a cloudy lens. The lens is positioned behind the colored part of your eye (iris). The lens focuses light that passes into your eye, producing clear, sharp images on the retina — the light-sensitive membrane in the eye that functions like the film in a camera.

Common symptoms of cataracts include:

There are several underlying causes of cataracts. These include:

There are different types of cataracts. They’re classified based on where and how they develop in your eye.

Risk factors associated with cataracts include:

What you should know about PANCREATITIS

How to prevent Cataracts

To reduce your risk of developing cataracts:

Surgery is recommended when cataracts prevent you from going about your daily activities, such as reading or driving. It’s also performed when cataracts interfere with the treatment of other eye problems.
One surgical method, known as phacoemulsification, involves the use of ultrasound waves to break the lens apart and remove the pieces.  But If  you’re unable or uninterested in surgery, your doctor may be able to help you manage your symptoms. They may suggest stronger eyeglasses, magnifying lenses, or sunglasses with an anti-glare coating. Surgery to remove a cataract is generally very safe and has a high success rate.