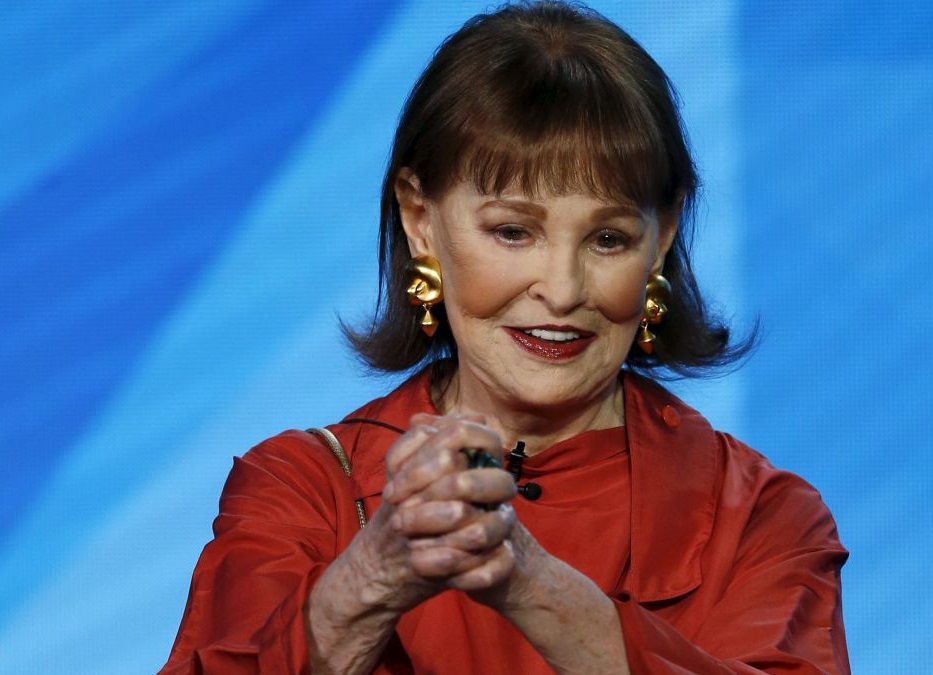 Gloria Laura Vanderbilt was an American artist, author, actress, fashion designer, heiress, and socialite. She was a member of the Vanderbilt family of New York and the mother of CNN television anchor Anderson Cooper. She died on 17 June 2019

She passed away at home with family members by her side, said her son Anderson Cooper, a CNN anchor, after suffering from stomach cancer.

Vanderbilt, known as the “poor little rich girl”, was the great-great-granddaughter of Cornelius Vanderbilt, a 19th Century tycoon.

The socialite, who was married several times, made her name in the 1970s and ’80s as a designer jeans pioneer.

“Gloria Vanderbilt was an extraordinary woman, who loved life, and lived it on her own terms,” Mr Cooper said in a statement.

“She was a painter, a writer, and designer but also a remarkable mother, wife, and friend.

“She was 95 years old, but ask anyone close to her, and they’d tell you, she was the youngest person they knew, the coolest, and most modern,” the statement added.

Vanderbilt was not even two years old when her father died.

As the beneficiary of a multimillion-dollar trust fund, Vanderbilt became widely known as the “poor little rich girl” in 1934 because of a high-profile custody fight between her mother and her aunt in New York.

The aunt eventually won the legal battle, described by the media at the time as the “trial of the century”.

Vanderbilt was a talented painter and actress. She was also the author of several books.