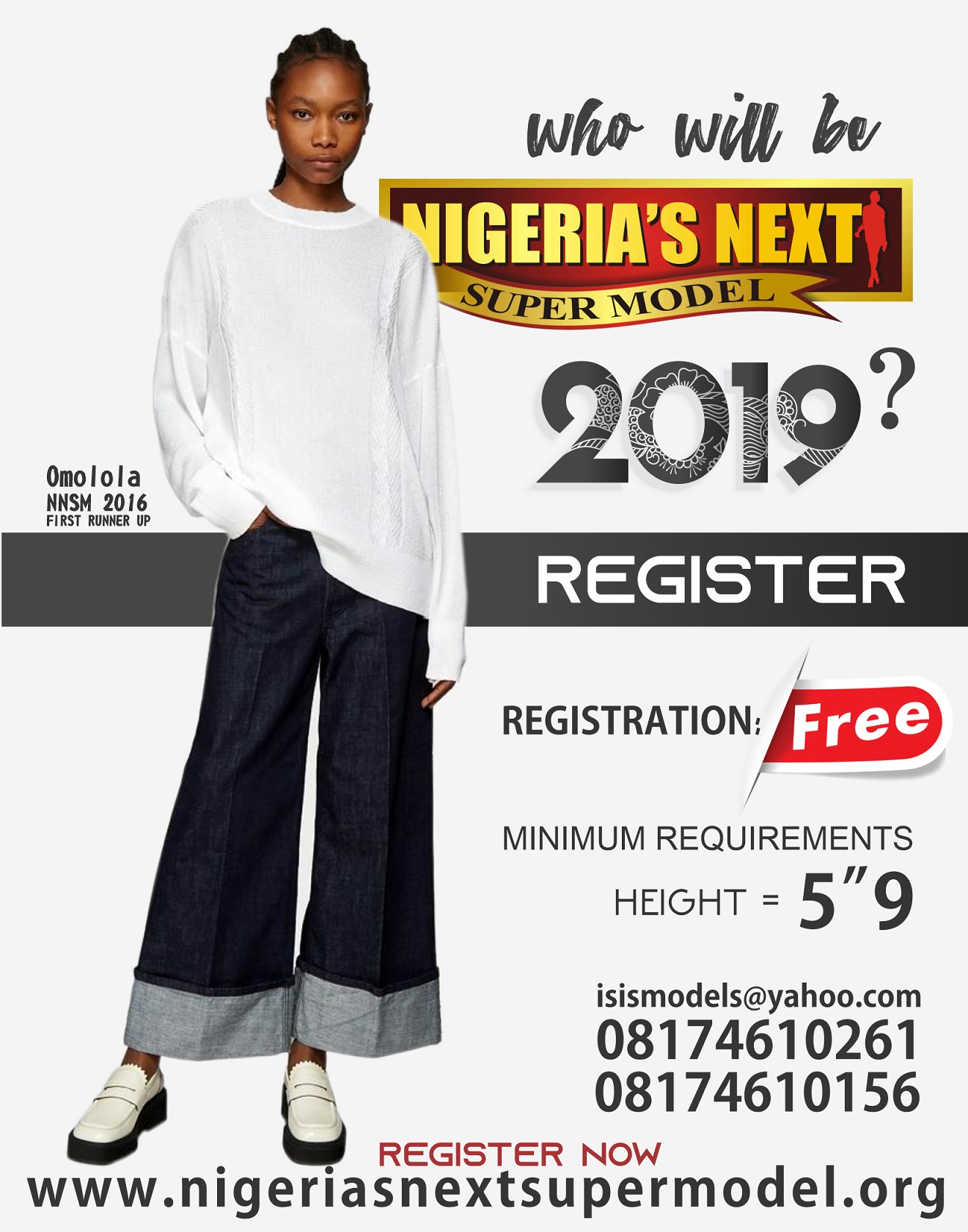 “I want to be the next super model.” this is the common terms popularly by young girls to indicate their interest in signing up for NNSM.

It is a known fact that the Africa’s No 1 Modeling Competition, Nigeria’s Next Super Model moulds models and/or young girls into supermodels with an instant international recognition on a global scale.

The model search competition is currently in it’s 13th edition… This means 12 brand new cars have been given to young girls who emerged as winners in the previous editions. Also several young stunning girls who made it to the finalists have been moulded into world-class super models. This is made possible through the mother agency, ISIS Models Africa, the prestigious modeling agency based in South Africa and will be launching officially come January 2020.

This year, the originator of the prestigious competition, Mrs Joan Isioma Elumelu Okorodudu who also is the founder of the modeling agency ISIS Models, announced that the registration fee would be free of charge. This measure she effect occasionally in some year’s editions so as to avail every single girl the fair opportunity to be discovered. The competition is open to all girls between the ages of 16 to 26 and from any states in Nigeria.

As usual, the winner gets a brand new Car, Travel Tickets, and several other benefits that are awaits as the reign goes by… the founder, Mrs Joan Okorodudu always have this quote for the winner, “the winner takes it all”.

Top finalists and other contestants that stand out are also signed up to ISIS Models where they are sure to be moulded into worldclass supermodels.

The FREE registration form can be found here