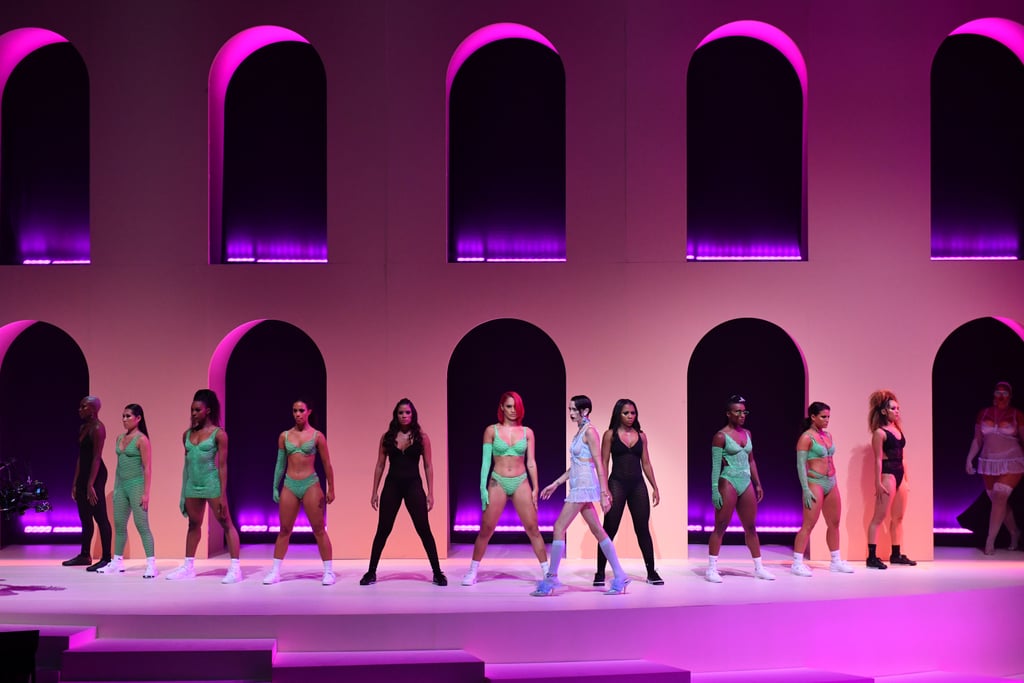 Rihanna sure know how to pull up a show, and her recent lingerie show was a bomb which internet is praising her for…

The Rihanna’s Savage X Fashion Show took place on 10 September but was concealed in secrecy. Every single guest was asked to hand phones in at the door so as to make the show “for your eyes only” until its broadcast on Friday.

However, it was definitely worth the wait and we think Victoria’s Secret has a lot to learn for it’s lingerie show. Models on the catwalk included Cara Delevingne, Gigi Hadid and Laverne Cox, while Big Sean and Halsey were among the high-profile performers in addition to Rihanna herself, who opened the show.

We’ve known most other lingerie shows using skinny models on their runways, however Rihanna’s was clearly orchestrated through the female lens, with women of all shapes, sizes, identities, abilities and ethnicities taking part… and that was what made the show the talk of the town. She had transgender models, amputee models, plus-size models, and so many more represented on the runway, ensuring that every single person can see themselves in her lingerie.

and then there’s the dance and the walk…

Rihanna with her show had just raised the bar incredibly high of what a runway show should look like. There was an immense amount of diversity and inclusion at her show, and also the show itself was an applause-worthy production. With performances by Normani, Big Sean, Halsey, and more, it was a 50-minute work of art.

For her second-ever Savage x Fenty lingerie show during New York Fashion Week, Rihanna has the internet in awe. Fans are praising her shattering of industry standards, inclusivity, and overall dedication to the brand. See what everyone is saying about the show ahead.