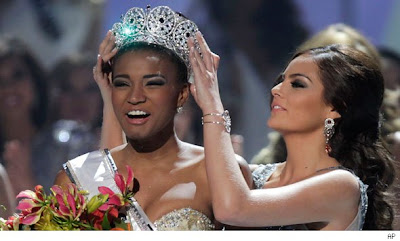 Miss Universe 2011 Leila Lopes’s reign was questioned Wednesday, after allegations that false documentation was used to help her earn her participation in the prestigious pageant.

The press office of Donald Trump’s Miss Universe Organization denied that anyone by the name of Charles Mukano was involved in the alleged forgery of documentation that allowed Leila Lopes to participate and win Miss Angola UK, which would’ve effectively elevated her to the Miss Universe pageant.

According to Argentine daily Infobae on Tuesday, the organizer of the the pageant that crowned her Miss Angola in her home country, a man by the name of Charles Mukano, apparently falsified the beauty’s documentation so that she could participate in the Miss Universe pageant.

The Infobae report went on to say that Mukano helped Lopes reach the Miss Angola UK pageant, in which only Angolan women who live in Great Britain participate, in spite of the fact that Lopes presumably lived in Angola. 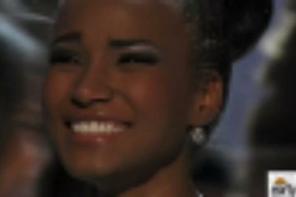 The Miss Universe Organization also acknowledged a rumor that Lopes is of Cuban ancestry and speaks Spanish.

So far, Leila Lopes has not responded to the allegations. However, the Miss Universe Organization said in the Thursday email to AOL Latino that, “We also heard the rumor that her parents were from Cuba and [that] she speaks Spanish, which is false.” The email went on to say that, “We have never heard of [Charles Mukano]. The national director who ran the Miss Angola pageant is Renato Guttler.”

Should Miss Universe strip Leila Lopes of her crown?