African Fashion International (AFI) closed the year on a high note, with the success of Africa Fashion Week which boasted the continent’s best designers. Africa Fashion Week 2011 continues to be praised, as having the strongest designer line-up since its inception and representing the strength of African fashion to the global community. This is apparent in the global recognition that the designers are getting. Michael Roberts, Editor-at-Large of Vanity Fair and a judge at last year’s Fashion Awards, was so impressed by the world-class talent that he produced a photo shoot for the Telegraph UK, while still in South Africa.
After much speculation on what the BIG news could possibly be from AFI , they finally announced at the media launch on Thursday the 16th of February that Mercedes Benz South Africa is the new Title Sponsor for Jo’burg Fashion Week, Cape Town Fashion Week and Africa Fashion Week.
Models from around the world strut the runway, Ajuma Nasenyana from Kenyan, Millen Magese from Tanzanian, Bunmi Ademokoya from Nigeria and lot more. Ajuma won Best AFI Model of the Year. 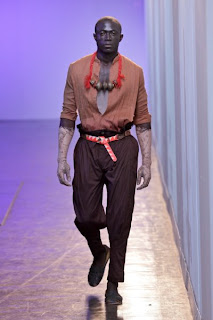 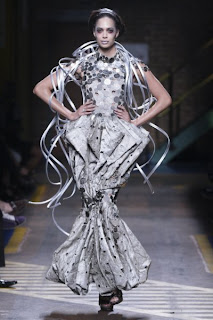 AFI is the premier fashion events and promotions company on the African continent, providing platforms to showcase African creative talent. The mission is to take African fashion to the world.AFI presents African fashion and creative talent in a manner that makes local talent globally relevant and ensures that the world has market access to African product and design. Through its numerous Fashion Weeks and initiatives, AFI opens up the continent to commercial projects, both locally and internationally, increasing the geographic spread of Africa’s fashion and the market access to the continent’s apparel. Mercedes Benz is a global luxury brand and has propelled other fashion weeks internationally to become more sustainable for instance Mercedes Benz New York Fashion Week. Since Spring of 1994 in Manhattan’s Bryant Park, New York Fashion Week welcomed Mercedes Benz on board and the event has risen to being one of the coveted fashion event of the year. Both AFI and Mercedes Benz South Africa are respective market leaders in their own industries which solidified the partnership. With such strong influence in their respective markets the continent is at a standstill to what this synergy can do for Africa as a whole.

Mercedes Benz Fashion Week Joburg will be between the 7th and the 10th of March 2012.
Save the Date!