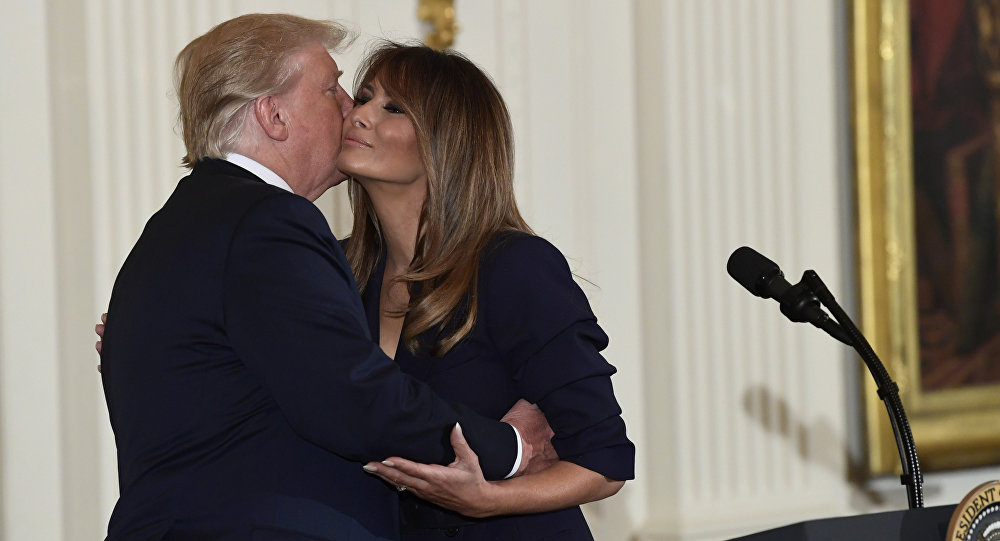 Melania Trump reveals how she met Donald Trump, and rejected his first request

FLOTUS with President Donald Trump had an interview with Barbara Walters in 2015 during Trump’s campaign, where Melania revealed how the infamous couple met at a party in 1998. when Melania Trump was asked what her first impression was of the US President, she replied… “he was very charming”.

“We had a great sparkle.”
Then the First Lady revealed why she felt she had to snub Trump the first time she met him.
She said: “Um, he came with a date.
“So, when he asked me for my number I said ‘I will not give you my number.’
“If you give me your number I will call you.
“And he was known as kind of a lady’s man.
“But we met a week later.
“We had great chemistry the first time.”

Then the President added, “We had great chemistry every since”.