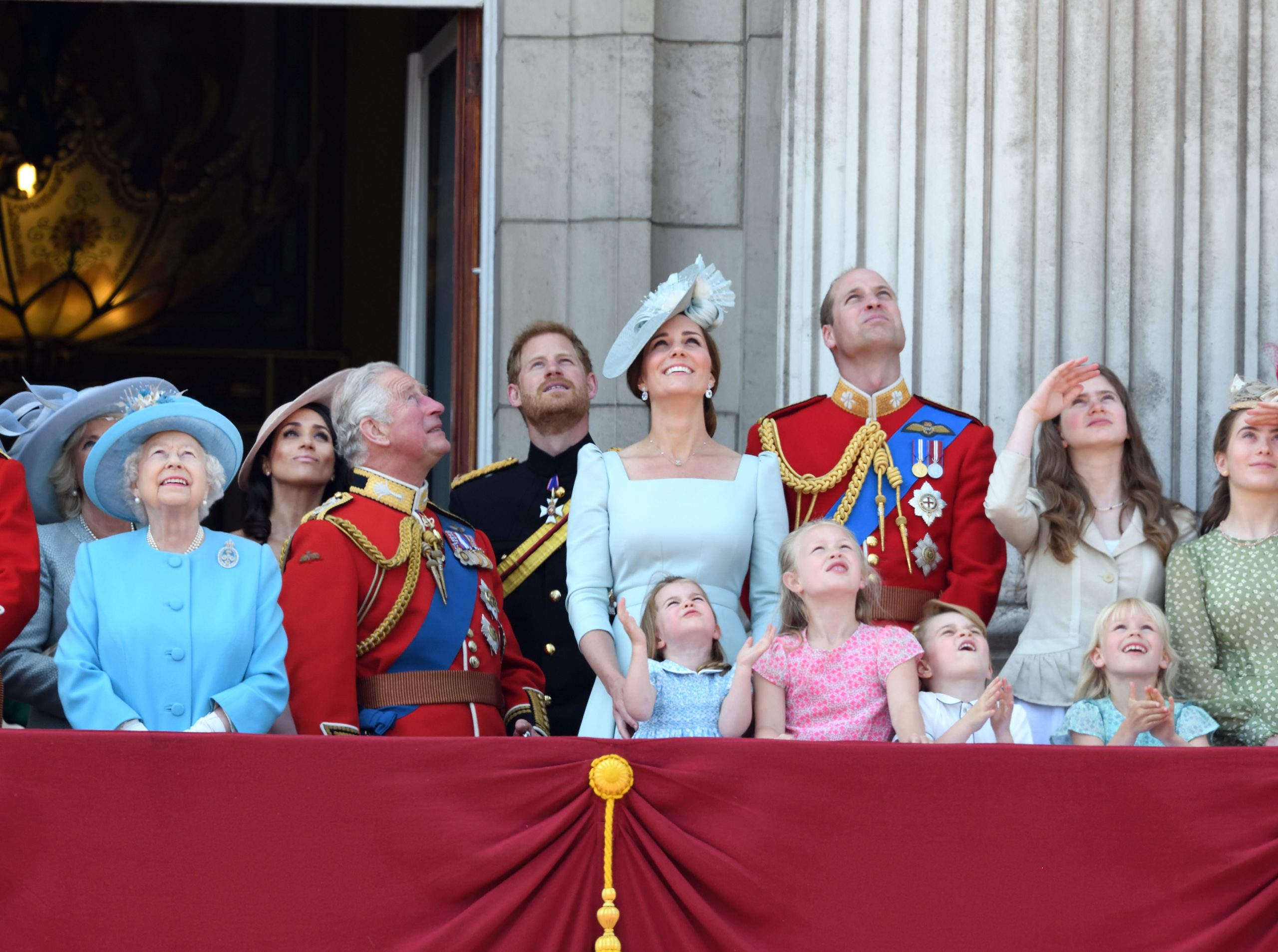 were just filmed riding in the same carriage during Queen Elizabeth  official birthday parade. They weren’t seen holding hands yet as the carriage started the parade route

Harry has traditionally been in their same carriage, but things change when you’re a married man.

LONDON, ENGLAND – JUNE 09: Meghan, Duchess of Sussex and Prince Harry, Duke of Sussex on the balcony of Buckingham Palace during Trooping The Colour on June 9, 2018 in London, England. The annual ceremony involving over 1400 guardsmen and cavalry, is believed to have first been performed during the reign of King Charles II. The parade marks the official birthday of the Sovereign, even though the Queen’s actual birthday is on April 21st. (Photo by Chris

photographed on the Buckingham Palace balcony with the entire royal family, including the Queen a little later today to watch the RAF flypast. They will likely be joined by their niece and nephew, Princess Charlotte and Prince George. And like that, Meghan Markle is a full-fledge member of the royal family!