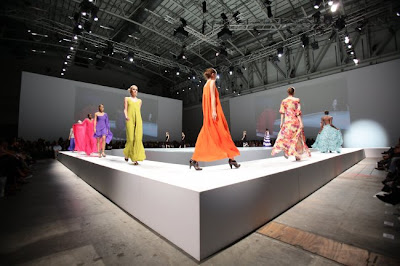 THE Mother City is set to strike a pose when the Mercedes-Benz Fashion Week Cape Town (MBFWCT) takes place at the Cape Town International Conference Centre (CTICC) from July 25-28 with legends of past fashion weeks making a return to the limelight this year to unveil their Spring/Summer 2012 collections on avant-garde runway shows.
Now in its 10th year – and the first for its new sponsor – Mercedes-Benz Fashion Week Cape Town has secured the return of established designers after a hiatus of varying periods of time. Big names include Hip Hop, Habits by Jenny le Roux and Rosenwerth along with the appearance of exciting new designers to the AFI platform such as Rachel De Mart, Adriaan Kuiters and Ruald Rheeder.
In addition, revered fashion designer and convener of the inaugural Cape Town Fashion Week in 2003, Gavin Rajah, will also be showcasing his grand collection. Other designers showing collections in MBCTFW will be announced in coming weeks.
With 18 shows over four days, this year Mercedes-Benz Fashion Week Cape Town presents a theme of “icons” – from fashion to cars and venues – to add an extra dimension of global relevance, innovation and lifestyle to this, one of Africa’s premier fashion events.
“Mercedes-Benz Fashion Week Cape Town, brought to you by AFI, will bring a new interpretation of iconic fashion to this pre-eminent preview of South Africa’s spring/summer seasonal trends,” says African Fashion International (AFI) Global Brand Manager Allana Finley. “With the anticipated reunion of established and celebrated designers along with the entry of upcoming designers, this year promises to unveil an abundance of extraordinary and revolutionary fashion.”