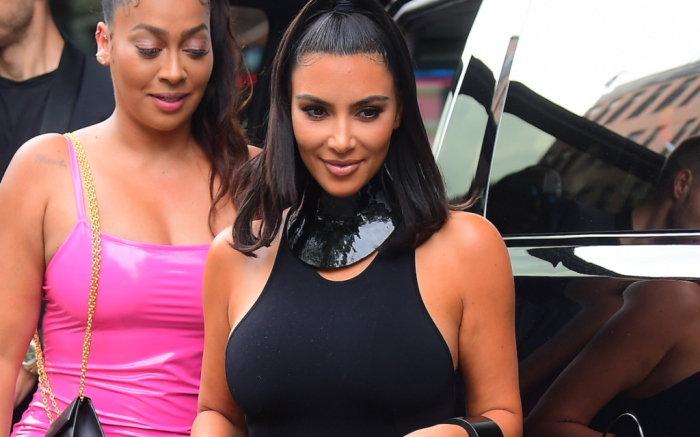 We have noticed that the Kardashians, especially Kim is always in full support of her family’s projects. For instance, she is a full time Yeezy model for her husband Kanye West’s brand.

Recently, she has been seen promoting her brother Rob’s new streetwear brand known as “Halfway Dead”. The mother of four was spotted on Instagram few nights ago to share a snap of her dressed in an oversized black tee dubbed the “Moonshine.” It features a skull-printed crescent moon and the silhouette of a blonde in red.

As expected though, the 38-year-old reality star styled the unisex piece, which retails for $38 on www.halfway-dead.com, with a pair of sneakers designed by West. She modeled the chunky Yeezy Boost 700 v2 “Tephra.” The shoe style incorporates light and dark gray tones across the upper and thick midsole. The “Tephra,” which also come with reflective details and a gum rubber outsole, released on June 15.