Greta Gerwig’s star-studded reboot of Little Women is currently filming in Boston, so it was only a matter of time before the first photo of all the March sisters in the film—not just Emma Watson as Meg—surfaced. Here’s the quartet, filming this week in Cambridge, Massachusetts with fake snow on the ground. 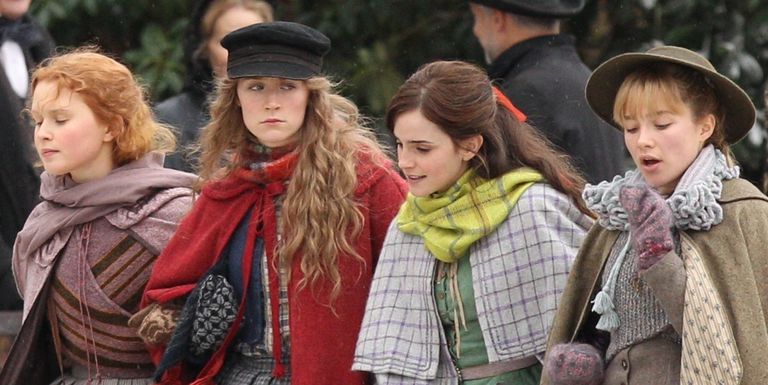 Watson’s there, along with Saoirse Ronan (with very long hair), Florence Pugh (far right), and Eliza Scanlen. According to the film’s IMDB page, Ronan is playing Jo, Pugh is Amy, and Scanlen is Beth: