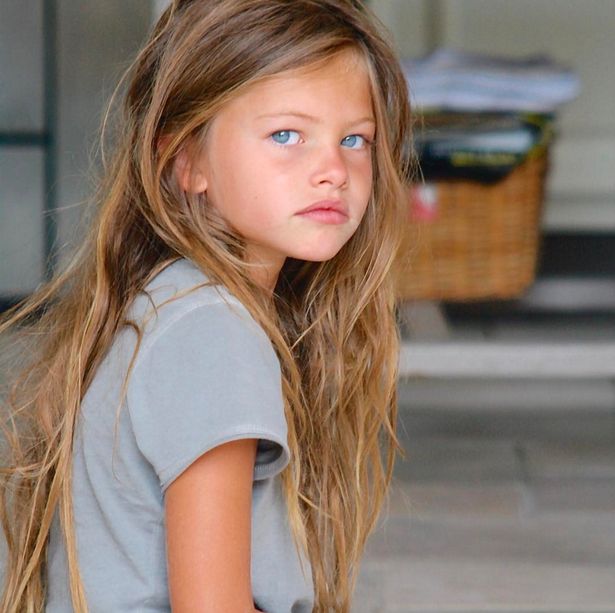 Girl wins Most Beautiful Girl in the World second time

The girl named the ‘most beautiful in the world’ aged six has won the accolade again – 11 years later.

French model Thylane Blondeau, 17, was shocked to receive the title for the second time after first shooting to fame a decade ago.

Thylane took the fashion world by storm at a very young age, stunning with her model looks on the catwalk when she was just four years old.

She went on to feature on the cover of Vogue Enfants just two years later.

Thylane, the daughter of footballer Patrick Blondeau and fashion designer Veronika Loubryand, first caught the world’s attention when she walked in a catwalk show for Jean Paul Gaultier.

Now she’s been named as the most beautiful girl in the world once again in TC Candler’s annual 100 Most Beautiful Faces of the Year list.

She announced the news on Instagram, and thanked her 2.6million followers for voting for her.

“I just can’t believe it myself …thanks so much @tccandler and everyone who voted,” she wrote.

“I never thought i was once number one !! I’m thankful to all of you – really hope your having great holidays and spend nice Christmas with your family ..all the best to all of you guys lots of love.”

Thylane’s fans rushed to congratulate on the news.

On commented: “I knew it! I said it last year when you were number 2! I think you were two, maybe three… Anyway congratulations!”

Another said: “You’re so beautiful” while a third added: “You deserved to be number one!”

Thylane has carved out a successful career for herself and has modelled for the likes of Dolce & Gabbana, is a brand ambassador L’Oreal and has been named as the face of perfume Lolita Lempicka.

She also recently launched her own clothing line called Heaven May Clothing.

The teen is signed to top agency IMG Models and at the age of 10 was the youngest model ever to model for Vogue Paris.