David model with an attitude!﻿

Began modeling a year ago nominated for 2 awards for the Most Promising Model of the Year and FACE OF FAB both in 2011.
David Avwunuvwerhi was scouted a year ago at his place of work where he worked has senior writer in Newsstar Newspaperby the fashion editor Ada Dike.
Same year Modela Modeling Agency signed David, in less than three weeks David was booked for his first fashion show “CATA”.
David has moved from glory to glory when he did the Arise Magazine Fashion Week in 2011 an international fashion show that was hosted in Lagos Nigeria with international models on runway.
After arise 2011 David signed with Isis International Modelling Agency which took him to the limelight to the City of Fashion in Africa Jo’burg for the Africa Fashion Week in South Africa.
David was described in Pulse.com.ng as “model who run things” David is no doubt a delight when it comes on the runway and photo shoot.
David was booked for the London Fashion Week by Isis Models but couldn’t make it to London however, we are all looking forward to seeing him on the ramp in august for Africa fashion week London.
David also took part in this year’s Arise magazine fashion week which saw him open show Telfa Collection an American.
A writer and professional model, David Avwunuvwerhi has made his mark in the Nigeria modeling industry. His striking pose, dashing attitude, graceful strut, clear skin and high cheek bones have made him one of the most sought after model in the industry.
David is one of Nigeria Top 10 Male Models in 9gerTV and Africa Sexy Boy blog.
David has work with quite a few media houses in Nigeria and the list include New Age Newspaper, News Star Newspaper The Sun Nigeria and currently with Fashion Network Africa where he writes a thriving modeling column, “The Catwalk”.
With Africa Fashion Week London coming up August 3rd-4th this year David is hoping to make Nigeria proud!
David Career Highlight
Payin D’Afrque in Benin Republic
FESMAN Fashion Show in Benin Republic
Mode Men Black Night 5
Arise Magazine Fashion Week 2011
Cata Fashion Night
MTN Gala Night
Music Meet Runway
Africa Fashion Week
Arise Magazine Fashion Week 2012
Nigeria Fashion Week
Cote d’ivoire Fashion Week
We just can’t wait to see David hit the runway at this year’s Africa Fashion Week in London.
Go make Nigeria proud….Good luck!
See also
Fashion News 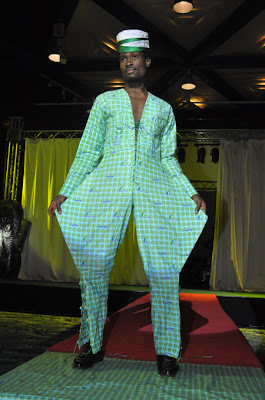