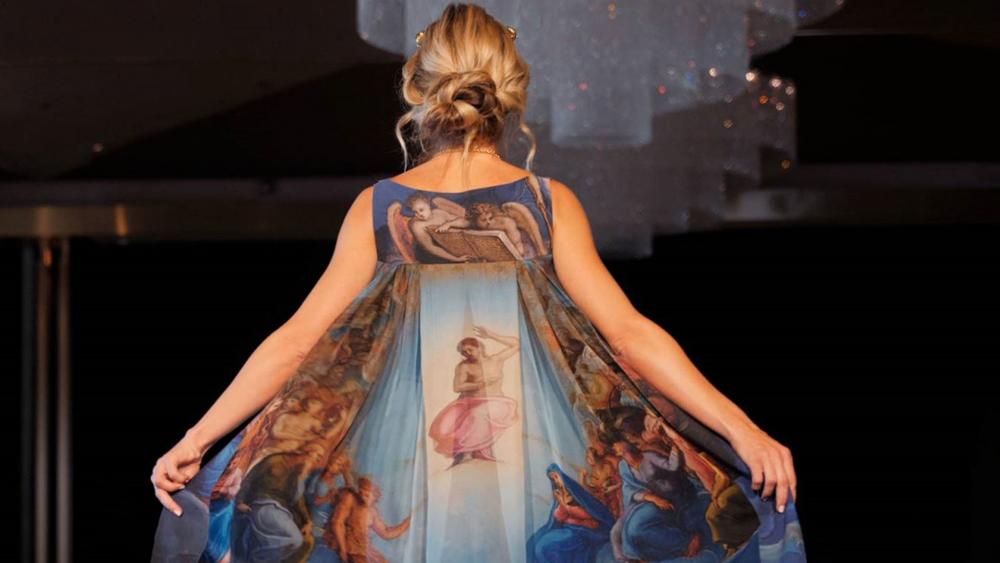 Fashion Show from The Bible for the first time ever

Event producer Linda Koldenhoven told CBN News this unique event has been a dream of hers since before the museum was even finished being built.

“We came in here. It was just a stone cement floor and steel beams and I walked into the gathering room and I saw the Capitol right outside were the glass was going to be and all I could envision was a very long runway,” said Koldenhoven.

“The Museum of the Bible has on our impact floor a whole couture area where you have the Dolce and the Versace, things that you’ve seen that we have in the Museum of the Bible vault,” explained Koldenhoven. “When you think of all these designers, Versace, Dolce and Gabbana, you really don’t think of them as Bible followers. I don’t want to be judgmental, but look at the creations that they make that are inspired by the Bible.”

Stylist Lauren Rothman, author of Style Bible: What to Wear to Work, also helped select pieces for the show.

“I think that the Bible impacts fashion because fashion was based in history, and what was old always becomes new again and like any other trend biblically inspired clothing is really something that never goes out of style,” Rothman told CBN News.

The finale look featured a one of a kind dress designed for the museum by Chiara Boni la Petite Robe USA. The dress, which the brand donated to the Museum’s permanent collection, is modeled after the Sistine Chapel.

“We were asked to create the finale look of the Museum of the Bible biblically inspired Fashion Show, which is an enormous honor,” Anthony Vecchione, President of Chiara Boni La Petite Robe USA said in a statement. “I asked our designer, Chiara Boni, to design an exclusive, one-of-a-kind couture gown specially for this cause, which we will be donating to the museum. We are so proud to participate in such a wonderful event.”

“We really want to expand on the next one and actually I’m thinking about taking this on the road,” said Koldenhoven.

Visitors to the museum can see many of the gowns featured in the show. They are rotated on display year-round on the museum’s impact floor.