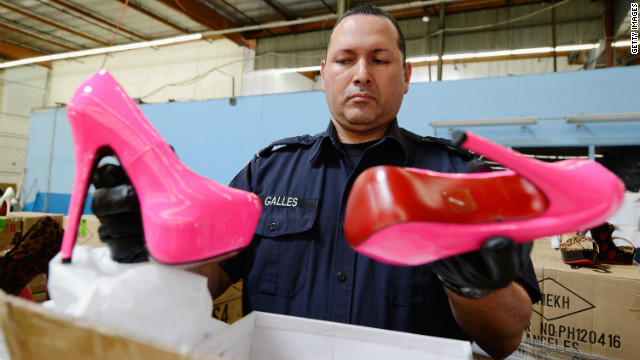 The counterfeit lacquered “red sole” shoes, an icon in women’s fashion, could have brought $18 million if they had reached the online and underworld market, according to U.S. Customs and Border Protection officials.

Louboutin: Sexy shoemaker to the stars