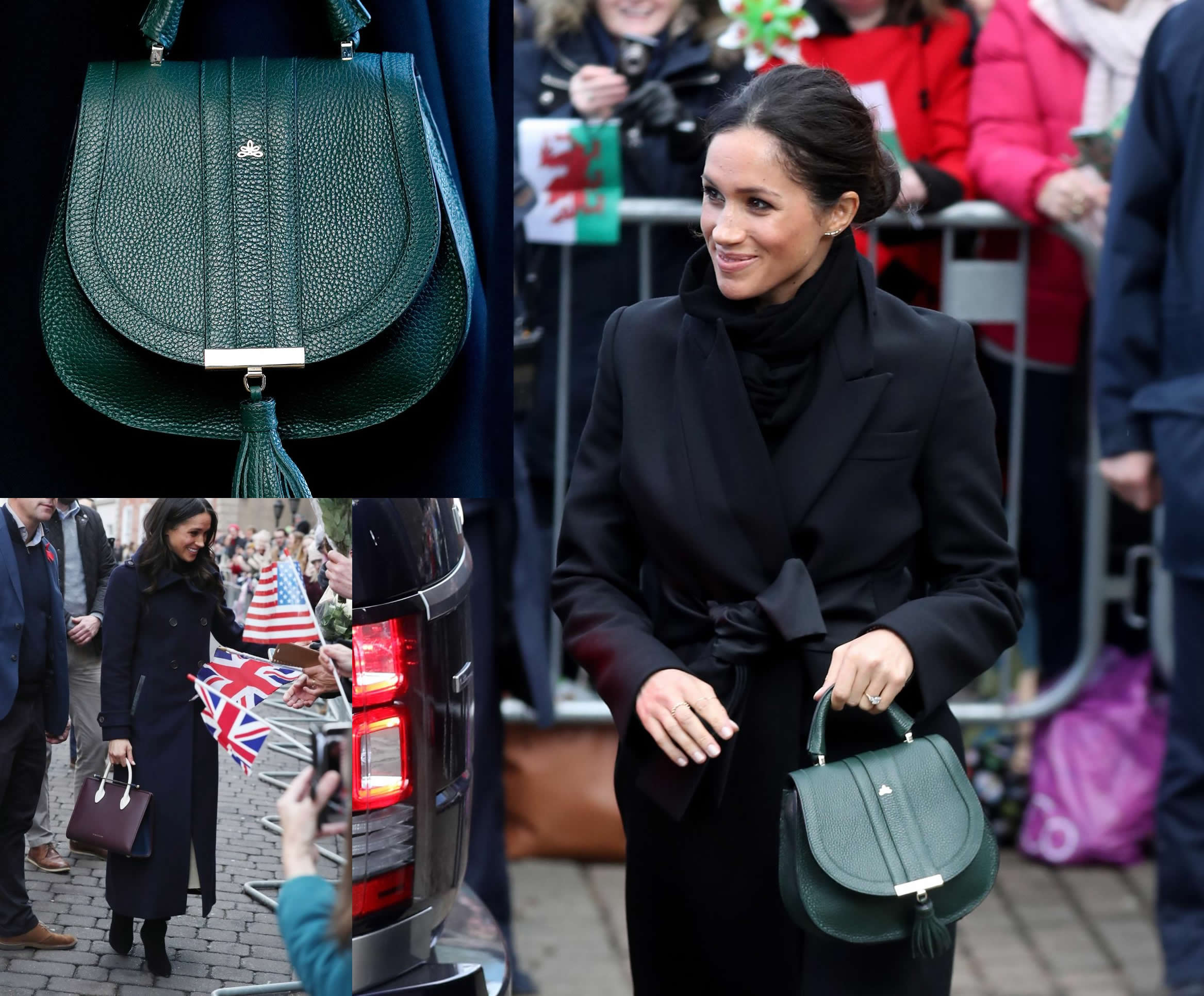 Aside the Launer brand which is the preferred handbag label of the Queen, a British brand, DeMellier seems to have caught the attention of the next generation of royals.

DeMellier is noted to fast becoming the royal family’s favorite source for bags of all shapes and sizes. Just in later part of January, Camilla Parker Bowles was spotted sporting the brand’s Mini Venice bag— which happened to be the same style that Meghan Markle wore in Cardiff last year. But, per royal reporter Rebecca English, it was actually Princess Beatrice that kicked off the Mini Venice trend.

Although not that its only one style of bag drawing the royals to DeMellier. Princess Beatrice has been seen with the Dubai carry-all at approximately two occasions. And though she’s not a member of the royal family, Duchess Kate’s sister Pippa Middleton’s interest in the label should be noted as well. For her part, Pippa’s been seen with both the Milan and Luxembourg handbags. (See those photos of Beatrice and Pippa on DeMellier’s website.)

Well, aside from a pure appreciation for DeMellier’s products, there’s something else that could be drawing the royals to the brand. Founder Mireia Llusia-Lindh explained DeMellier’s social justice mission to Town & Country.

“I started DeMellier with the vision of doing things differently, to create handbags that would make women feel empowered, that were beautifully designed and of the highest quality, but also made with integrity whilst finding a way to give back to those less fortunate,” Llusia-Lindh said. “I am incredibly grateful that the values I believe in have resonated with the Royal family and other women around the world.”

Meet AFI Team That Drives Africa Fashion To His Climax

While Llusia-Lindh never anticipated the royal family’s support of her brand, she’s more than pleased with it. “I don’t know them personally, so I could never have predicted it!” she said. The royals have “helped us increase our brand awareness in several countries and boosted all the initiatives we were doing. They are amazing ambassadors to the British brands they choose to wear.”