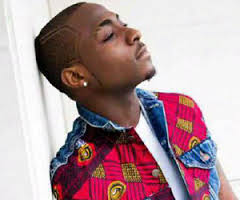 HKN Star and Omo Baba Olowo Crooner, David Adeleke popularly known as Davido has talked up his performance at one of the most anticipated events in the entire South West part of the country, Laffmatazz with Gbenga Adeyinka and Friends due to hold at the Jogor Centre in the city of Ibadan, Oyo State.
The fast-rising act and brand ambassador who came into public consciousness with hit singles ‘Back When’ and ‘Dami Duro’ is one of the 27 stars billed to rock the stage at this year’s edition of Laffmatazz, a premium comedy show from ace humorist, Gbenga Adeyinka GCON (Grand Comedian of Nigeria).
The event which is in its third year has attracted stars such as 9ice, Ruggedman, Chuddy K, Terry Gee, Goldie, Lord of Ajasa, Koffi and many others will feature performances from stars like Funke Akindele, Seyi Law, Seyi Shay, Dammy Krane, Jaywon, Skales, May D, LKT, Owen Gee, Lepacious Bose, Omo Baba, Capital Femi, Seriki, Eteye, Jayru, Shete, SB Live Band, Peteru, Obama, Laffup, Adetoun of Project Fame, Bash, Isaac Geralds, Kayefi, Explicit Dance Troupe, DJ Sexcy and others.
Speaking on what the fans should expect from him, Davido said ‘’It will be another wonderful time in the city of Ibadan as the fans will be thoroughly entertained this Easter Sunday, let them come and watch me perform my hit tracks, it promises to be one of the best performance ever, i cant wait to hit the stage. I urge the fans to get to the venue early as i intend to thrill them like never before at the Jogor Center, venue of he highly publicized event”.
First Bank, Arik Air, Squadron Dark Rum, Beat FM, Core Media and others have thrown their weight behind the event.
HOYE 247 MEDIA