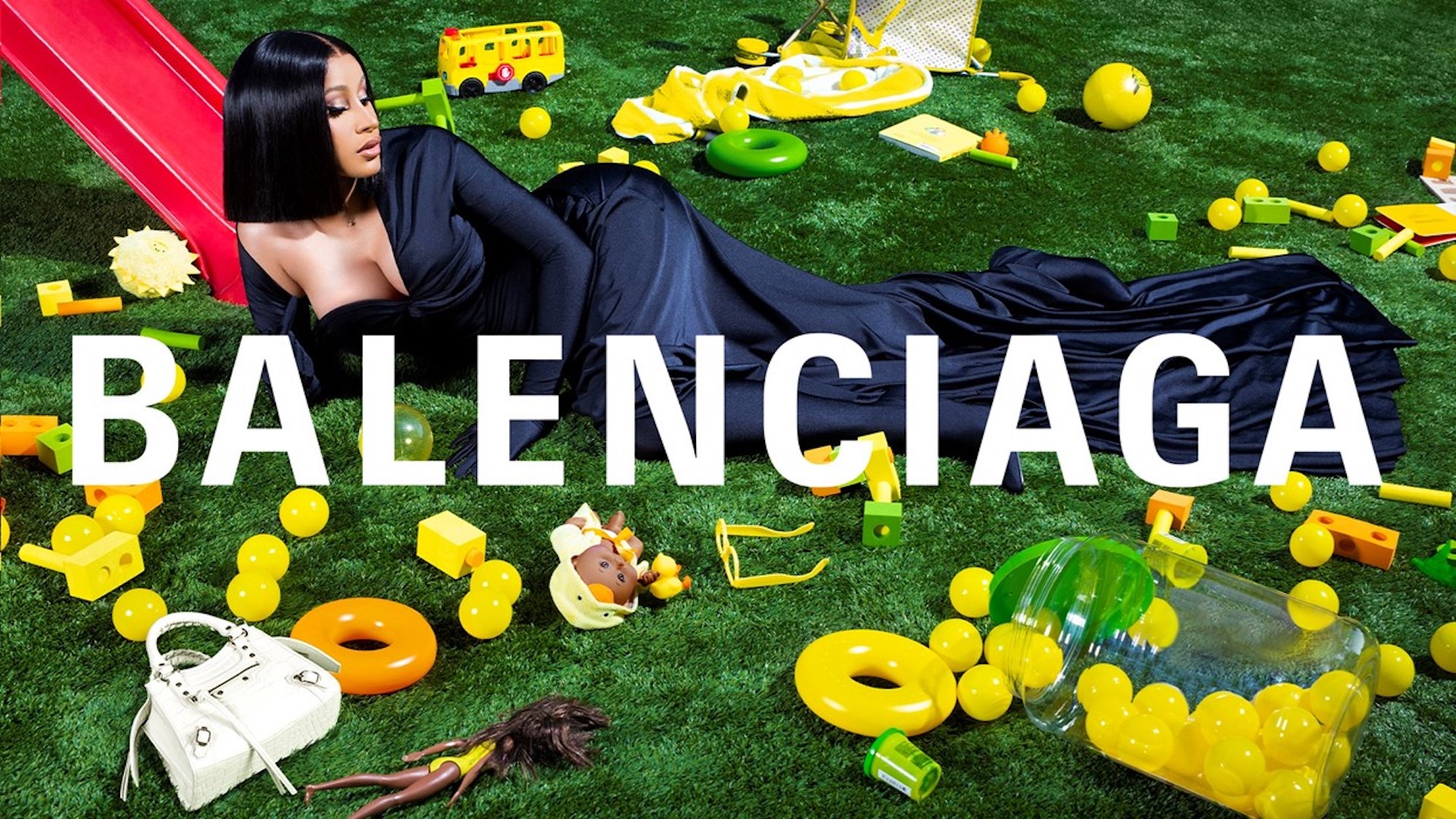 Cardi B signed as the new face of Balenciaga Fall 2020

Cardi B has just landed the deal as the new face of Balenciaga’s fall 2020 campaign.

The campaign includes a series of self-produced photos which were shot and styled by the 27-year-old rapper’s team. The images feature Cardi B in her L.A.-based home wearing a black draped catsuit, a look that first appeared on the Paris runway back in March.

Cardi B’s Balenciaga debut marks the first time the fashion house has used a celebrity in a major campaign since creative director Demna Gvasalia took the reigns in 2015. It’s also the first time the Grammy-winning rapper has worked with a luxury fashion brand. The campaign was unveiled with a billboard outside of the Louvre museum in Paris.

Cardi B took to Instagram to share the news with her 74.7 million followers, captioning the series of stunning photos, “Ya lookin at the face of a @Balenciaga campaign! I remember how I felt seeing myself on a billboard in NYC Times Square but PARIS! Wish I was there to see it in person!”

In the last few years, Cardi B — and her lyrics — have taken the world by a storm. Of course, there’s her latest viral hit “WAP,” featuring Megan Thee Stallion. And in 2018, the rapper’s 8x platinum song titled “I Like It,” gave us the iconic line, “I like those Balenciagas/ The ones that look like socks,” paying homepage to the brand’s best-selling Speed Sneakers.