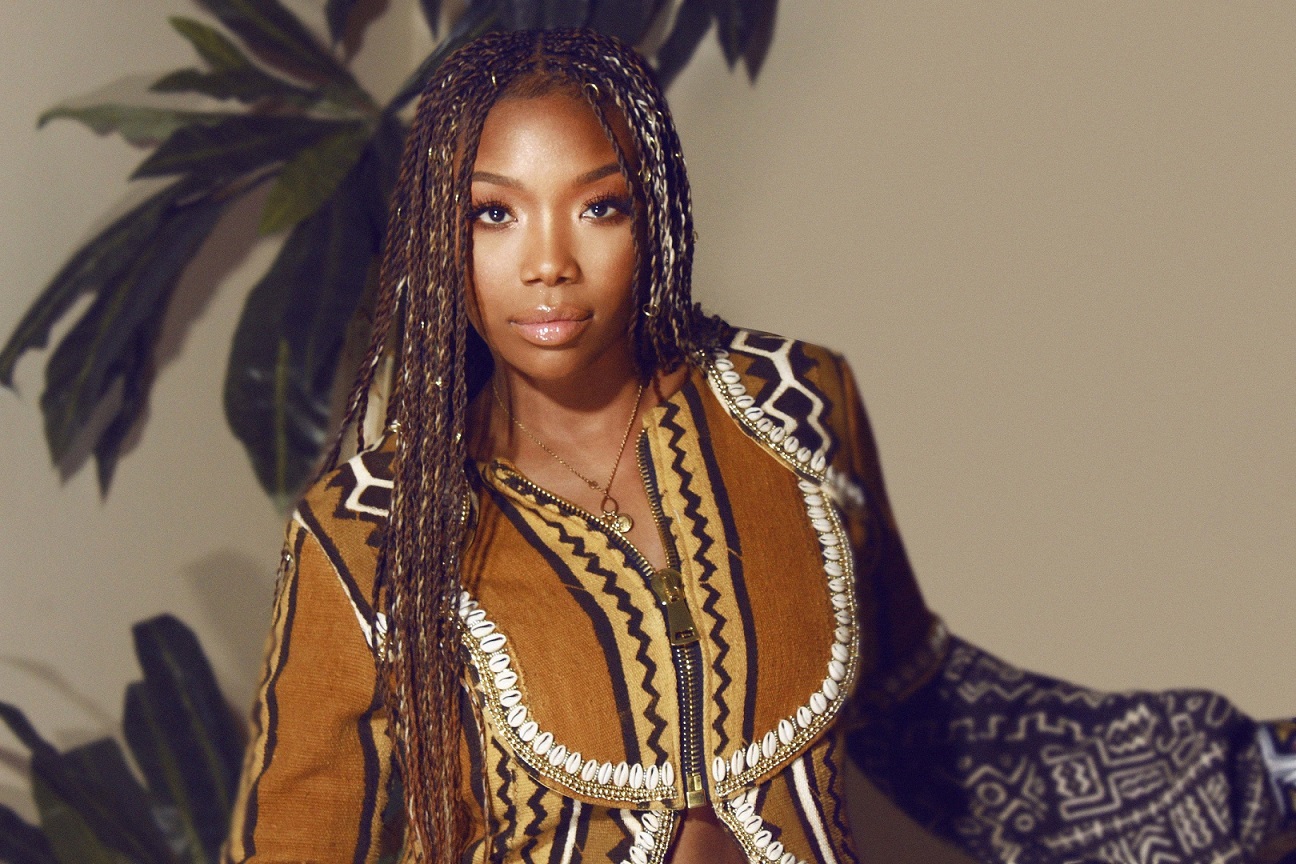 Thank you so much @bmi and all of my family, friends, and my extended family, my #starz …. God is real! #brandy #b7 #brocket #godinmeasme

“As a singer/songwriter, actress and humanitarian, Brandy is a triple threat in every sense of the word,” said Brewton. “Her timeless hits about love and heartbreak were anthems to many coming of age during the 90s and secured her place in R&B history.” Brewton added, “We are so excited to honor Brandy with the BMI President’s Award and look forward to celebrating a night of great music.”

The BMI President’s Award is presented to an individual songwriter, composer or producer who has made exemplary contributions to the art of music and songwriting and profoundly influenced the entertainment industry. As the 2019 honoree, Brandy joins previous recipients Curtis Mayfield, Ludacris, Toni Braxton and Will.i.am in sharing this distinction.

Throughout the evening, BMI will also salute the songwriters, producers, music publishers and administrators of the past year’s 35 most-performed R&B/Hip-Hop songs in the United States from BMI’s repertoire of more than 14 million musical works. The BMI R&B/Hip-Hop Songwriter, Producer and Publisher of the Year will also be named during the ceremony.

In addition, BMI’s Social Star will return for its eighth year. As a part of the R&B/Hip-Hop Awards, Social Star will honor the songwriter with the most engaged social media audience. Fans will be able to vote for their favorite contestant across BMI’s Instagram and Twitter accounts. The songwriter with the most Instagram likes that includes their specialized Social Star hashtag will claim the prize. Previous winners have included Mac Miller, Machine Gun Kelly, Zendaya, SoMo, Joey Bada$$, Kash Doll and Derez De’Shon. Details on how to vote for your favorite social star will be announced soon. To join the conversation, use hashtag #BMISocialStar.

Brandy Norwood first caught the world’s attention at age 15 with her enduring single “I Wanna Be Down” from her multi-platinum selling debut, Brandy in 1994. Two additional singles from that album, “Best Friend” and “Brokenhearted,” also topped the charts, paving the way for her to become one of the best-selling female artists in American music history according to the RIAA. Throughout Brandy’s career, she’s sold more than 40 million albums and recorded five albums including the five-time platinum-selling Never Say Never (1998) featuring the smash duet, “The Boy is Mine,” with Monica, which to this day is Atlantic Records’ longest-running number-one song. Brandy has also earned many accolades including a GRAMMY Award, an AMA, two Soul Train Music Awards, two NAACP Image Awards, three Billboard Awards, four MTV Awards, six Soul Train Lady of Soul Awards, two Nickelodeon Kids’ Choice Awards and three BMI Awards.  In 2018, Brandy became the first 90s artist to score 1.5 billion streams across all digital platforms.

As an actress, Brandy starred in the sitcom, Moesha, and made history with Disney’s adaptation of Cinderella as its first African American princess, starring alongside her idol Whitney Houston. In recent years, Brandy made her Broadway debut in the musical Chicago, was a judge on America’s Got Talent, co-starred in BET’s comedy The Game and was a series regular on FOX’s Star. Beyond the stage and screen, Brandy is a humanitarian and supports her family’s organization, The Norwood Kids Foundation, and she’s also a huge supporter of the Make A Wish Foundation, RAINN and countless other charitable organizations.  Currently, Brandy is working on a new album that is slated to be released later this year.

For more information on the BMI R&B/Hip-Hop Awards, visit https://www.bmi.com/genres/rb_hiphop and use hashtag #BMIRBHHAwards on social.

To request press credentials, visit http://www.bmi.com/press#credentials. Press credentials will be for red-carpet arrivals only. A limited number of media will be credentialed to cover the awards ceremony.

Celebrating over 78 years of service to songwriters, composers, music publishers and businesses, Broadcast Music, Inc.® (BMI®) is a global leader in music rights management, serving as an advocate for the value of music. BMI represents the public performance rights in 14 million musical works created and owned by more than 900,000 songwriters, composers, and music publishers. The Company negotiates music license agreements and distributes the fees it generates as royalties to its affiliated writers and publishers when their songs are performed in public. In 1939, BMI created a groundbreaking open-door policy becoming the only performing rights organization to welcome and represent the creators of blues, jazz, country, and American roots music. Today, the musical compositions in BMI’s repertoire, from chart toppers to perennial favorites, span all genres of music and are consistently among the most-performed hits of the year. For additional information and the latest BMI news, visit bmi.com, follow us on Twitter @BMI or stay connected through Broadcast Music, Inc.’s Facebook page. Sign up for BMI’s The Weekly™ and receive our e-newsletter every week to stay up to date on all things music.